back to news & blog 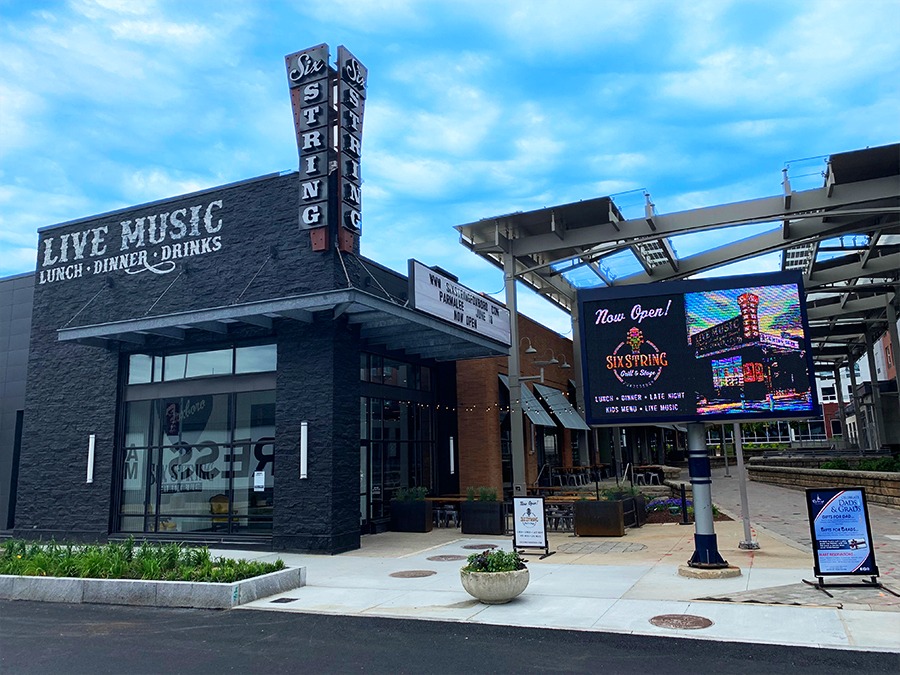 Country music and rock & roll have returned to Patriot Place! Six String Grill & Stage opened on May 21st and is already bringing a southern-inspired menu and full calendar of live music performances to the lifestyle center located outside of Gillette Stadium. Occupying the space formerly operated by Toby Keith’s I Love This Bar and Grill, Six String Grill & Stage has elevated the atmosphere, service, and menu. The operations and music team have been delivering near nightly performances at the new venue. Six String Grill & Stage will feature performances from national touring acts, up-and-comers, and local artists. Oh, and did we mention they serve Nashville hot chicken? 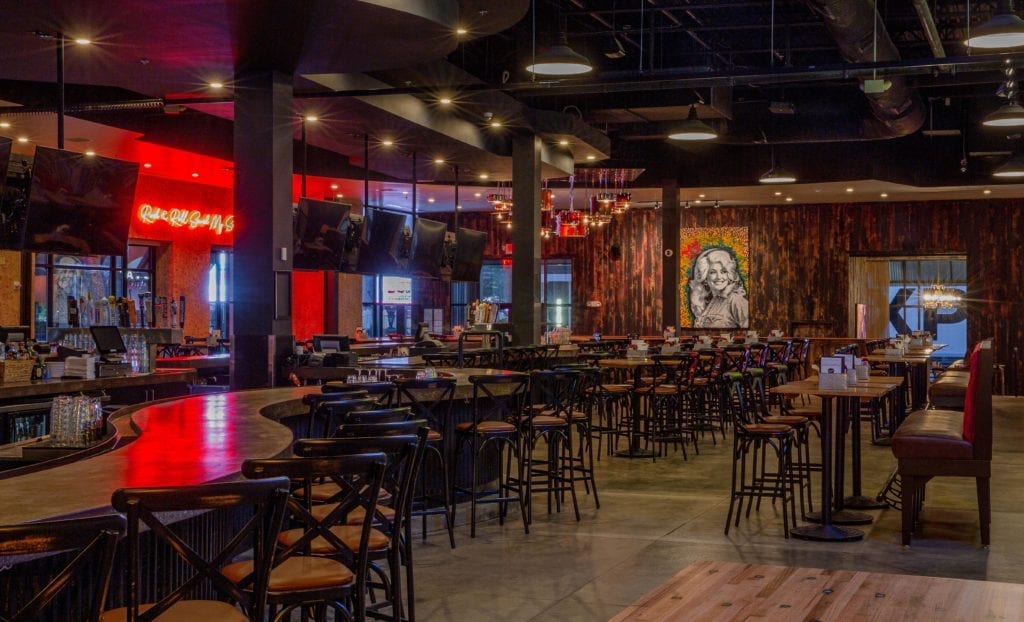 Six String Grill & Stage is the latest concept from Boston’s Briar Group (the Harp on Causeway Street, Anthem Kitchen and Bar at Faneuil Hall Marketplace, Gather in the Seaport District, and more) and occupies more than 18,000 square feet dedicated to live music and great food. Six String Grill & Stage has revamped the space by incorporating reclaimed wood walls, murals, and paintings of country and rock and roll icons such as Johnny Cash and Elvis. The entrance is highlighted by an 8’ tall portrait of Dolly Parton, painted on a canvas of 15,300 guitar picks commissioned by local artist Blind Fox Art. There is also a custom chandelier made of reclaimed drum sets.  In addition to serving as Patriot Place’s premiere music venue, Six String boasts 80 bar seats and plenty of TVs; making it a perfect spot for viewing the game if you aren’t lucky enough to score tickets. 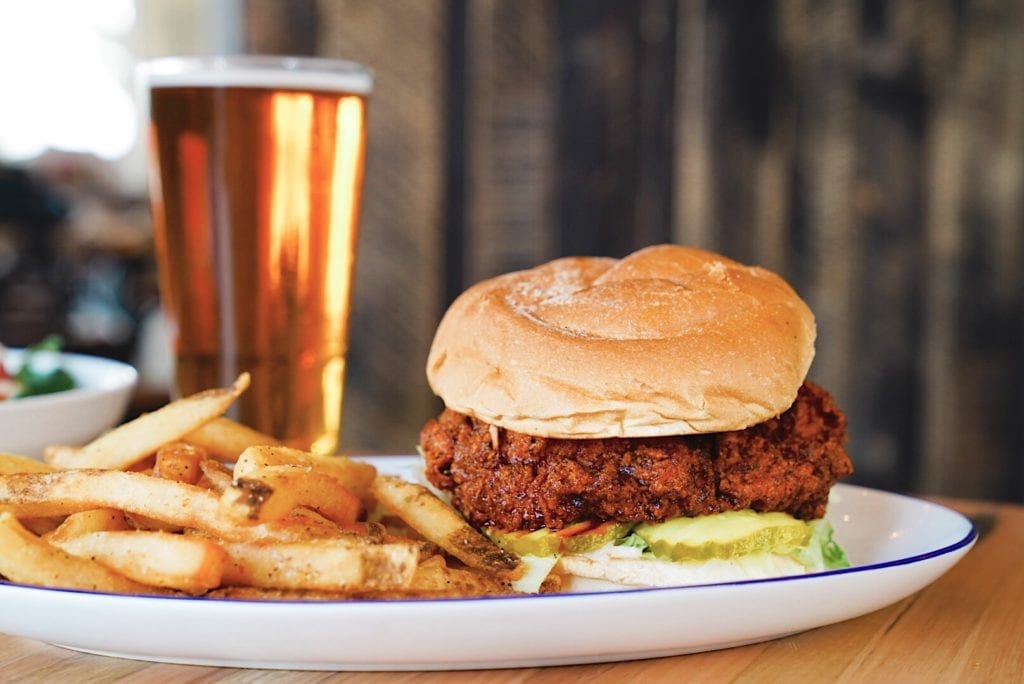 Six String’s menu features southern favorites like a killer Nashville Hot Chicken Sandwich, Southern Chicken & Waffles, Fried Catfish & Chips and Nola Gumbo alongside American classics such as a variety of burgers (order the Six String Burger), Baby Back Ribs, and Flatbread pizzas (try the Pork Belly Hawaiian). Fill up on some of their inventive bar snacks (the Rock & Roasted Honey Buffalo Cauliflower) or pick from their solid selection of salads as a healthier option.

Keep your eye out for exciting acts coming to Six String Grill & Stage this summer or check them out on Wednesday evenings when they will be offering free line dancing lessons. For information on upcoming events, visit their Facebook page.

Looking to get in on the action? Contact Daniel Dori of BLACKLINE Retail Group to learn more about all the leasing opportunities at Patriot Place.  www.blacklinere.com